Is Pavlok More Effective Than a Rubber Band?

We’re all aware of our bad habits, whether it’s smoking, gambling, overeating, or otherwise. We know it’s unhealthy, we know we should stop, but something keeps us in the routine.

What is it about toxic habits that makes them so appealing, no matter how motivated we are to stop? 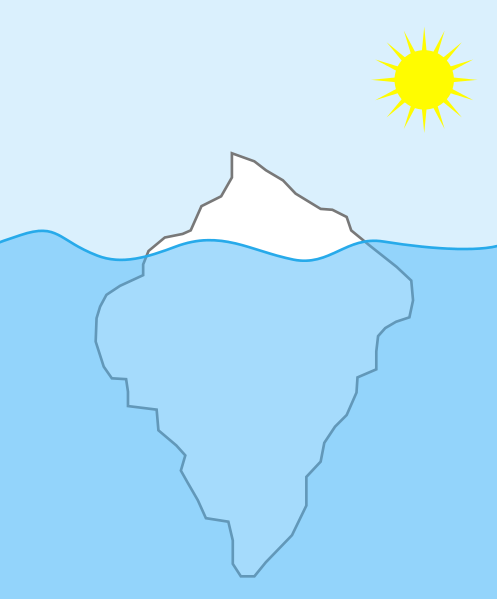 You might be familiar with the iceberg structure of the mind: imagine an iceberg floating at sea. From afar, it doesn’t look very big. But we can’t see that underwater, it extends hundreds of feet in width and length, much larger than we could’ve anticipated from the surface.

But under the surface of the water is the biology of your mind, and the way it’s designed to function. It’s constantly wiring and rewiring connections and associations based on habit and what makes it feel rewarded.

So, while your entire conscious mind is ready to start your diet, the area under the surface hasn’t caught up yet. It still thinks that chocolate cake is the key to happiness, and will mercilessly assault you with cravings until you give it what it wants.

This unconscious zone doesn’t work the same way your active mind does. You can’t use words to talk it out of its desires. It’s like a computer that’s been programmed to function a certain way — it doesn’t respond to reasoning or promises. And that can be discouraging.

However, there is a method to the madness. There is a sensical code that your brain follows to establish, maintain, and break bad habits.

The code is called classical conditioning. Think of Pavlov’s dogs; dogs aren’t born loving the sound of a bell ringing. But dogs love food, and if you continuously ring the bell before giving a dog food, it will learn to love that sound.

In contrast: I have two dogs. They have carriers, like a hybrid between a suitcase and a cage. My dogs love small spaces, and were obsessed with hanging out in the carriers.

In other words, you can speak your brain’s language by adding an unpleasant factor to what it’s been taught to love. This is called aversion science.

And it works. Aversion science using electric shock is particularly effective — it helps the majority of smokers, drinkers, gamblers, and nailbiters quit.

Pavlok vs. Elastic Bands — which one is more effective?

Pavlok puts this efficacy in your hands with a one-button wristband that lets you self-administer electric shock, and it’s already helped hundreds of people.

A commonly asked question is “what about rubber bands?”, and for good reason — snapping an elastic band on your wrist can be considered a form of aversion science. And at a glance, it might not seem that different from using a wristband to administer an electric shock.

But there’s a reason the majority of clinical aversion studies use electric shock.

It’s controllable: each shock is easy to administer, timed, and has a pre-selected intensity that you can adjust with an app on your phone. Pavlok also ensures that the electric shocks are completely safe, whereas you can actually cause damage by keeping a tight elastic band against your veins.

An electric shock device has been described clinically as an effective way to conduct aversion science, and Pavlok made it simple by putting this device in a wristband. You can use it discreetly to reach your goals, as opposed to conspicuously snapping a rubber band on your wrist repeatedly.

Electric shock has been proven to work in breaking bad habits, and Pavlok gives you the technology that’s been tested in hundreds of clinical trials. We have customer support, we’ll take your feedback and help you maximize your results.