Is Legalization Bad For Your GPA?

As efforts to decriminalize marijuana continue, we have more benefits than just being able to smoke pot — we can research its effects on the brain, too. 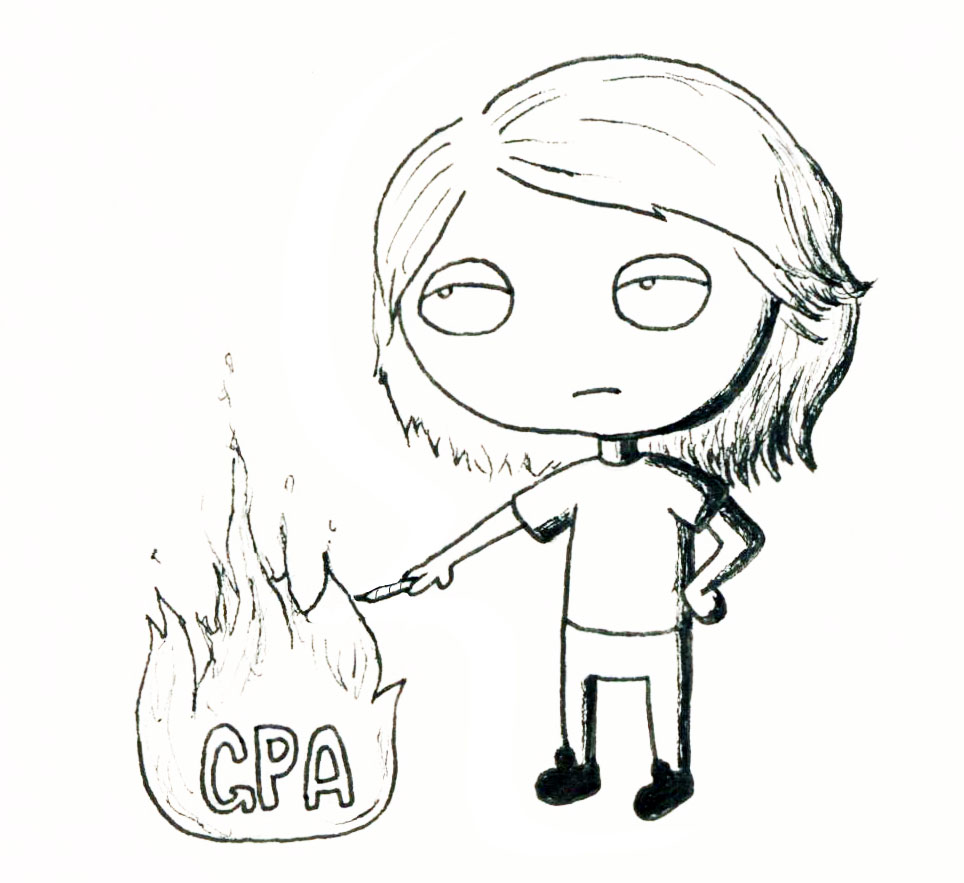 Cannabis is federally classified as a Schedule I drug, which means that it’s not only illegal, but it’s also considered to have no medical use whatsoever. That makes it unlawful to study anything involving pot, even in a clinical setting.

But this 2015 study takes advantage of Colorado’s recent marijuana legalization to observe its effect on smokers. And it doesn’t look pretty.

57 students at the University of Colorado were selected because they smoked pot more than twice a week. Their smoking and study habits were observed for two weeks.

The study found significant negative correlations between marijuana use and academic motivation. Not only that, but minutes spent smoking was found to be a direct negative predictor of GPA. Specifically, heavy smokers had a GPA over 7% lower than non-smokers.

So while marijuana legalization has been a long time coming, that means our understanding of its effects on cognitive processes has been stalled as well. Before you light up to celebrate when decriminalization comes to you, take a look at the science that comes with it.